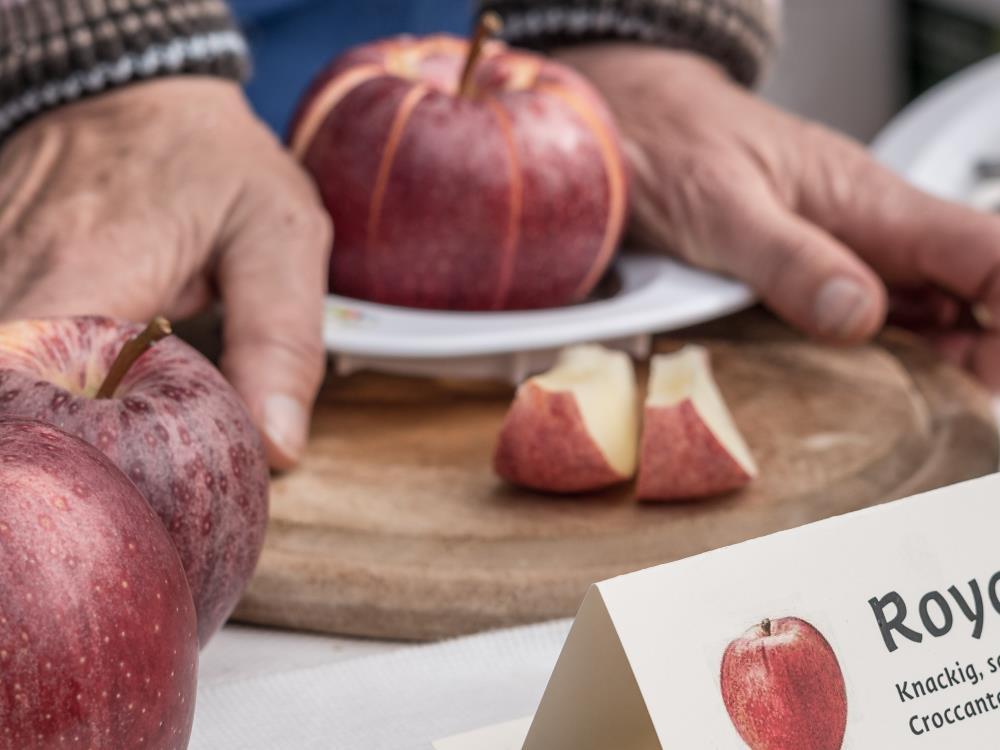 The multi-coloured autumn leaves and trees invites you with sweet ripe apples, beckon visitors to visit the Natz-Schabs/Naz-Sciaves High Apple Plateau. For a week in autumn, everything revolves around the apple, giving rise to a series of events.

The Apple Festival is held on the second Sunday in October and is the climax of the autumn celebrations in Naz/Natz. The highlight is a big parade and the awarding of the Naz-Sciaves Apple Queen title.

The celebrations already begin in the morning accompanied by music, Brezeln and veal sausages and visitors can sample various kinds of freshly picked apples.
In the afternoon the main parade takes place. The incumbent queen and contestants accompanied by marching bands and colourfully decorated floats parade down the streets of Naz as far as the square. Needless to say, there is no missing the wagon carrying the giant crown adorned with red and yellow apples, attracting large crowds every year.
Following the parade is the crowning of the new Apple Queen. The winner of the title remains a closely guarded secret and is only announced during the course of the festivities. For the year ahead, the new queen represents the Naz-Sciaves High Apple Plateau and South Tyrol as a whole, both in Italy and abroad.
The traditional cutting of the apple strudel is part of the inauguration ceremony.
Numerous locally made arts and crafts, as well as toys and games for the kids are on display at the local farmers market.
The festival continues with music and dance until the early hours of the evening. 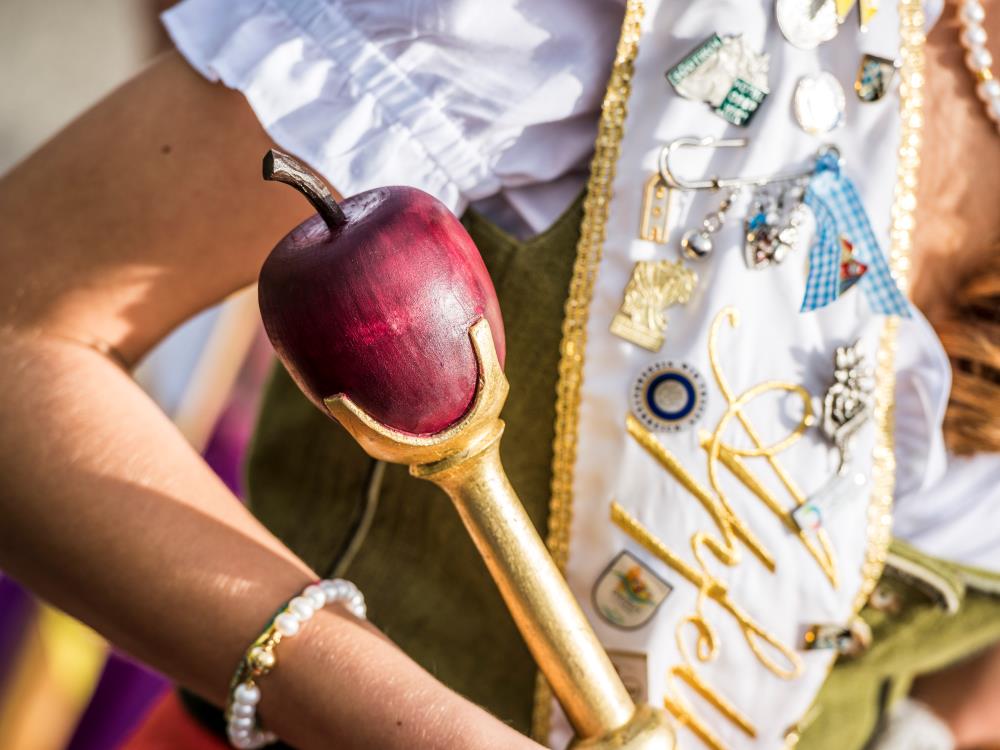